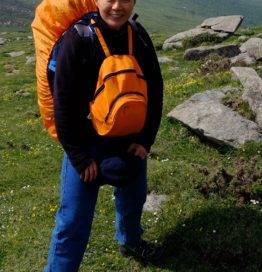 Aiwan Liao, United Nations Development Programme, “Being LGBTI in Asia” Initiative. Aiwan Liao was born in Chongqing, China and has lived and worked in other parts of the country including Beijing and Xiamen. Ze was assigned female at birth and identifies as non-conforming and non-binary. Ze has done research about trans* issues and has worked on SOGIE rights at multiple community and international organisations, including Common Language and the United Nations Development Programme, where ze served as a Human Rights Officer for the groundbreaking “Being LGBTI in Asia” initiative. Ze has translated and published numerous works on gender diversity from English to Chinese.