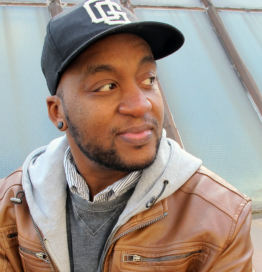 Gabriel Foster is the co-founder and Executive Director of the Trans Justice Funding Project. Prior to making his way to the Eastern Time Zone, he worked in Seattle, WA with the Northwest Network of bisexual, trans, lesbian, and gay survivors of abuse to create their youth programming. From age fifteen to twenty-six, he went from a program constituent to program staff in the American Friends Service Committee’s GLBTQ Youth Program. He has worked at SPARK Reproductive Justice Now with LGBTQ youth of color and allies in Atlanta, GA; the Leeway Foundation, supporting women and trans people creating art and social change in Philadelphia, PA; and provided outreach for the Jonathan Lax Fund at the Bread and Roses Foundation in Philadelphia, PA. Gabriel is a former staff member of the Sylvia Rivera Law Project and current board member for Funders for LGBT Issues. Currently, he is also an ABFE Connecting Leaders Fellow. He invites anyone to talk to him about dreaming big and pug memes.