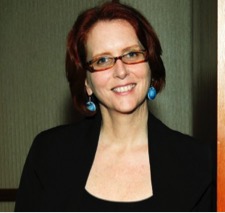 Dr. Jaime M. Grant, author of Great Sex: Mapping Your Desire, is a sex educator, researcher and writer who has been active in LGBTQ, women’s and racial justice movements since the late 80s.

Grant’s academic research has appeared in The Reader’s Companion to US Women’s History, Gloria Steinem, Wilma Mankiller and Barbara Smith, editors; in SIGNS, the Journal of Culture and Society; and the National Women’s Studies Association Journal. Her autobiographical theorizing/writing has appeared in popular anthologies including Leslea Newman’s The Femme Mystique, the National Association for Research on Mothering’s Journal, and Rachel Epstein’s collection on parenting, Who’s Your Daddy? In the 90s, she was a contributor to Sojourner: The Women’s Forum, writing on racism and sex. More recently, her articles on race, gender and sexuality have appeared in The Huffington Post. Her most recent HuffPo editorial on college policy and rape on campus, “Sexual Assault on Campus: College Policies Support Rape Cultures,” appeared in May 2015. A feminist, sex activist and a clean and sober mother of two, Jaime lives and practices in Washington, DC.