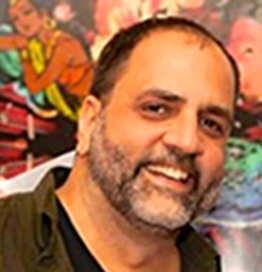 Dr. Joseph Nicholas DeFilippis is an Assistant Professor in the Anthropology, Sociology, and Social Work Department at Seattle University.

Dr. DeFilippis spent years doing volunteer work as a welfare-rights organizer. Then, from 1999-2003, he served as the Director of SAGE/Queens, an organization for LGBT senior citizens. In 2003, Joseph became the founding director of Queers for Economic Justice, an organization working with low-income and homeless LGBT people, and led the organization for six years. He has also served on (and as a member of the Steering Committees for) two major activist coalitions in New York State: The Welfare Reform Network (1999-2002) and the NYS LGBT Health and Human Services Network (1995-2005).