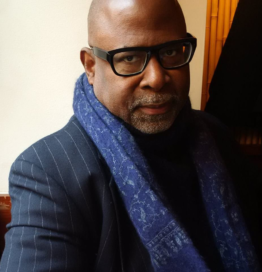 Kendall Thomas is Nash Professor of Law and co-founder and Director of the Center for the Study of Law and Culture at Columbia University in the City of New York. Joined the faculty in 1984. Teaching and research interests include U.S. and comparative constitutional law, human rights, legal philosophy, feminist legal theory, Critical Race Theory and Law and Sexuality.

Visiting Professor at Stanford Law School, and Visiting Professor in American Studies and Afro-American Studies at Princeton University. Has taught or lectured in France, The Netherlands, England, The Czech Republic, Germany, Haiti and South Africa. His writings have appeared in several academic journals and volumes of collected essays. He is a co-editor of Critical Race Theory: The Key Writings that Founded the Movement (The New Press 1996) and What’s Left of Theory? (Routledge 2000).

Thomas was an inaugural recipient of the Berlin Prize Fellowship of the American Academy in Berlin, Germany and a member of the Special Committee of the American Center in Paris, France. Past chair of the Jurisprudence and Law & Humanities sections of the Association of American Law Schools. Founding member of the Majority Action Caucus of the AIDS Coalition to Unleash Power, Sex Panic! and the AIDS Prevention Action League. Former member and Vice-Chair of the Board of Directors of Gay Men’s Health Crisis.