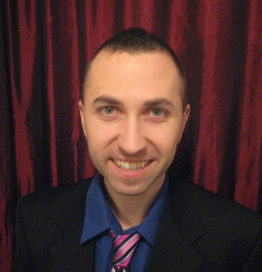 Kevin Lotz, LCSW, CASAC, ACSW, PhD Candidate, is originally from North St. Louis (Ferguson, MO) and has lived in New York City (Spanish Harlem) for the past 13 years. He earned his Bachelor of Social Work (BSW) degree from Missouri State University (MSU). He earned his Master of Social Work (MSW) degree from Washington University in St. Louis in 2003.  In 2006, Kevin founded and continues to serve as the full-time director of Trinity Place Shelter (www.trinityplaceshelter.org), a transitional, harm-reduction focused shelter for low-income, homeless youth and young adults on the Upper West Side of Manhattan. In the past 10 years, the shelter has served over 550 young people, attracting homeless youth seeking refuge from nearly all 50 US states and at least a dozen other countries. In his capacity as founding director, Kevin oversees full shelter operations, programming, finances, supervises all staff, coordinates the board of directors, engages in global networking, leads on-site research/evaluation efforts, has helped grow the agency annual budget from $18,000 to $350,000+ and has helped raise over $2 million dollars to support the shelter’s continuous operation.