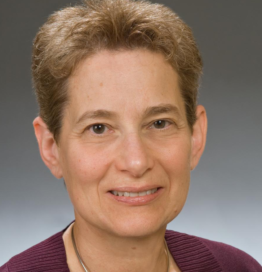 Nancy Polikoff is Professor of Law at American University Washington College of Law where she teaches Family Law and a seminar on Children of LGBT Parents, and has been Visiting McDonald/Wright Chair of Law at UCLA School of Law and Faculty Chair of the Williams Institute, a national think tank on sexual orientation law and public policy. In 1976, she co-authored one of the first law review articles on custody rights of lesbian mothers. For more than 40 years, Prof. Polikoff has been writing about, teaching about, and working on litigation and legislation about LGBT families. Her book, Beyond (Straight and Gay) Marriage: Valuing All Families under the Law, was published by Beacon Press in 2008.

Prof. Polikoff coordinated the legal representation of hundreds of protesters arrested in October 1987 for civil disobedience at the US Supreme Court in protest of the Court’s 1986 ruling in Bowers v. Hardwick. Her article reflecting on that and other lawyering experiences, Am I My Client?: The Role Confusion of a Lawyer Activist, 31 Harv. Civ. Rts.-Civ. Lib. L. Rev 445 (1996), is assigned in numerous law school courses.