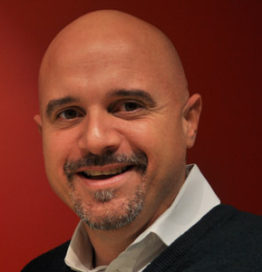 Salvador Vidal-Ortiz is associate professor of sociology at American University. In addition to Queer Brown Voices, he co-edited The Sexuality of Migration: Border Crossings and Mexican Immigrant Men (NYU Press, 2009). Aside from Fulbright-based research on forced migration/displacement and LGBT Colombians, he is now engaged in a new project, with Juliana Martínez, also from AU, on “Transgendering Human Rights: Lessons from Latin America.” He is working on a manuscript, tentatively titled: “An Instrument of the Orishas: Racialized Sexual Minorities in Santería,” as well as a co-authored book (with Brandon A. Robinson and Cristina Khan) titled Race and Sexuality (Polity Press).

Writing Our Past With a Future in Sight: On Writing Queer Brown Voices for Queers of Color