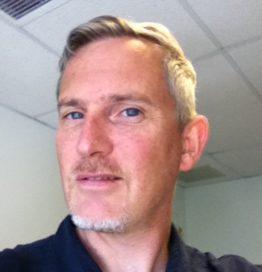 Terry Roethlein is media committee Co-Chair of Gays Against Guns’ NYC chapter and also Communications Manager at the Center for the Study of Social Difference, Columbia University. Previously, with ACT UP NYC he was part of the campaign to make HIV prophylactic PrEP available to all without stigma. With ACT UP he also publicized and protested the high rates of HIV incidence in men of color and trans women and co-organized one of the first large demonstrations to bring media attention to the murder of trans woman Islan Nettles.