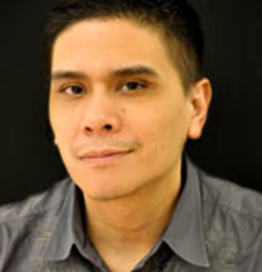 Andrew Spieldenner (Ph.D., Howard University, 2009) is Assistant Professor in the Department of Rhetoric at Hofstra University.  He earned his Ph.D. in Communication & Culture from Howard University with an emphasis on health.  He has held positions at the New York City Department of Health and Mental Hygiene, Black AIDS Institute, National Association of People with AIDS, and the Latino Commission on AIDS. Dr. Spieldenner is a long-time HIV advocate with twenty years serving HIV high-risk populations including racial/ethnic minorities, gay men and people living with HIV/AIDS. His research looks at health and culture in three main areas: HIV, the LGBT community, and popular culture.
Dr. Spieldenner has worked in both academic and professional settings to look at cultural and health aspects of gay minority men’s communicative practices. His academic work has appeared in Communication Education, Health Education Research, Californian Journal of Health Promotion, Culture and Sexuality, and Journal of Graphic Novels and Comics. His fiction has appeared in various magazines and anthologies. As a researcher, he has been co-Principal Investigator on grants from the Centers for Disease Control & Prevention and the Office of Minority Health. He maintains membership in the Eastern Communication Association, National Communication Association, and the US People Living with HIV/AIDS Caucus.