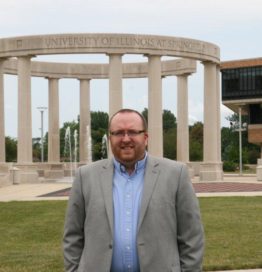 Jason Pierceson is Professor of Political Science at the University of Illinois Springfield. His teaching and research focuses on public law, the legal and political issues relating to sexuality and gender, and political theory. He is the author or co-author of several books on same-sex marriage and sexuality and politics, including Same-Sex Marriage in the Americas: Policy Innovation for Same-Sex Relationships; Courts, Liberalism and Rights: Gay Law and Politics in the United States and Canada; Same-Sex Marriage in the United States: The Road to the Supreme Court; and Sexual Minorities in Politics: An Introduction. In 2011, he was the Fulbright Visiting Research Chair in American Studies at the University of Alberta. His commentary and writing has appeared in such media outlets as Illinois, Wisconsin, and Minnesota Public Radio, Reuters, The New York Times, and The Washington Post.