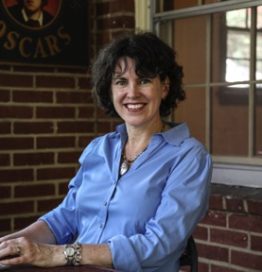 Martha Ertman is Carole & Hanan Sibel Research Professor at University of Maryland Carey Law School, who teaches Contracts, Commercial Law and Contract Drafting, and writes about family agreements. Her most recent book distills her academic writing about reproductive technologies, cohabitation, polygamy, and valuing household labor for treadmill, beach and undergraduate readers. Love’s Promises: How Formal & Informal Promises Shape All Kinds of Families (2015) tells touching and often irreverent stories about how contracts and mini-contracts she calls “deals” can help people ensure that the intimates that they think of as “family” are legally recognized as such. It braids a memoir about three parents – all gay – raising their son with law chapters about other families shaped by repro tech, adoption, cohabitation, and marital agreements. It was Family Equality Council’s 2015 Family Week Book Club Pick, and a finalist for the Next Generation Indie Book Awards (LGBT category). Widespread media about the book include pieces in Salon, Time magazine, Curve magazine, Washingtonian magazine, the Blade, the Los Angeles Review of Books, the Women’s Review of Books, the Tulsa Law Review. She’s a frequent lecturer, commentator on NPR, blogs, and media such as Slate, and also teaches memoir workshops in churches and the DC bookstore Politics & Prose.