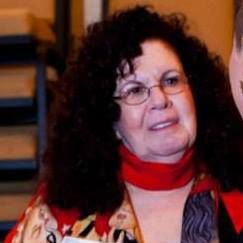 Ricci Levy has been engaged in sexual freedom activism for several decades. After a successful career in corporate America Ms. Levy helped found the Woodhull Freedom Foundation, an organization whose mission is to affirm sexual freedom as a fundamental human right, and whose work is focused on sexual, gender and family diversity.

In 2010, under Levy’s stewardship, the first national celebration of Sexual Freedom Day was launched at an all-day event held in Washington, DC at the National Press Club.  Now in its seventh year, Woodhull’s Sexual Freedom Summit, brings together hundreds of scholars, activists and advocates for sexual freedom.  Woodhull’s Family Matters Project was launched by Levy at the 2012 Sexual Freedom Summit.  The project, based on United States recognition of the human right to family, establishes those rights, respect and recognition of for all families by working to raise public awareness of family diversity.  Elements of the project include research, education and the drafting and promotion of model policies and legislation preventing discrimination based on family form.

Testifying on behalf of Woodhull at various legislative hearings around the country, Ricci has established herself and Woodhull as the “go to” for non-partisan, human rights advocacy, often presenting contentious issues in a way that allows for collaborative dialog intended to build bridges and foster alliances. Woodhull’s testimony can be found on a wide variety of human rights and sexual freedom issues, from shackling of incarcerated women in labor to prostitution-free zones, marriage equality to the right to family, and freedom of speech and sexual expression.