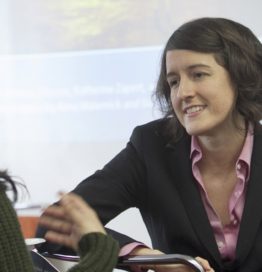 Sienna Baskin, Esq. is an independent consultant who until recently served as the Managing Director of the Sex Workers Project at the Urban Justice Center, a direct services and advocacy organization in New York City. Sienna supervised legal staff in providing direct legal representation to sex workers and survivors of trafficking on housing, criminal, employment, and immigration matters. She promoted reform of laws and policies affecting sex workers and survivors of trafficking, and oversaw the production of SWP’s human rights documentation reports. Sienna joined SWP as an Equal Justice Works fellow in 2007. In 2010, she was recognized by the New York City Federal Executive Board with a Teamwork Award for her work representing survivors of trafficking.  In 2013, she received a Community In Spirit Award from the Translatina Network. In 2015, Sienna was a Fulbright Scholar in New Zealand, where she studied the decriminalization of prostitution and its effects on access to justice, health, opportunity and community. Sienna is a graduate of Hampshire College and the City University of New York School of Law, and currently lives in Northampton, Massachusetts.