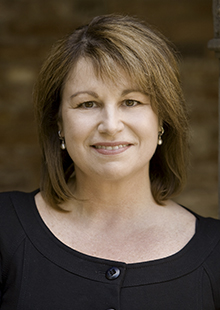 Vicki Schultz is the Ford Foundation Professor of Law and Social Sciences at Yale Law School. She is a feminist legal theorist and law and society scholar who uses sociological and historical approaches to study the law in social context.  She has written and lectured widely on subjects relating to antidiscrimination law, including sexual harassment, job segregation by race and sex, work-family conflict, working hours, the meaning of work in people’s lives, and antidiscrimination law theory. She has also studied family law and intimate life.

Schultz is currently working on a conceptual history of antidiscrimination law and an article tracing the influence of Title VII on American society.  With co-author Michael Yarbrough, she is also completing an article, “Will Marriage Make Gay and Lesbian Couples Less Egalitarian?” that analyzes the likely effects of legal marriage on the division of household labor within same-sex couples. At the heart of this work is the question: What is marriage and what work does it do?

Schultz’s work has been cited widely in the courts and the national news media. She has been quoted in The New York Times Magazine, The New Yorker, Ms. Magazine, and other major publications, and she has appeared on The News Hour with Jim Lehrer, The CBS Evening News, ABC World News Tonight, Good Morning America, and National Public Radio. A former trial attorney at the U. S. Department of Justice Civil Rights Division, Schultz began her academic career at the University of Wisconsin Law School. Schultz is proud of her many former students in law teaching, legal practice, and other creative endeavors who share her aspiration to change the world.